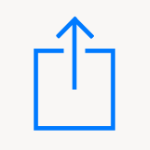 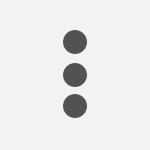 Short term traders as according to SG short term traders index, have an average holding period of 10 days and are mainly into "swing trades", flipping between trend following and mean reverting strategies.

Anyway, this crowd has increased longs in equities rather violently over the past few weeks. The reversal in primarily NASDAQ did a lot of damage to the charts, and could "motivate" the short term crowd to reverse longs quickly.

Given the liquidity and the sudden volatility, markets can remain erratic...

$12 trillion richer than pre-pandemic highs
Why isn't bitcoin cheering Fed's BS printing a new all time high?
GS on the tax increase: no surprise
Kospi & Copper have absorbed much good news
Bitcoin - doing what it does best
Unprecedented bullishness
Vol control funds estimated "for sale" in equities on a global 2% "sell-off"
Have fun staying poor...
How much more beating can we take...?
"knowing the price of everything and the value of it all..."
How to kill a bubble
Green dream theme machine: back with a vengeance
Deceleration is a powerful dangerous force
Bitcoin below $1 trillion....
CDX too cheap?
Equity positioning vs ISM
Asian earnings revisions
Global daily vaccination rates are rising steadily
Growth: it comes and goes
Pollution champs
Quality expensive
Bitcoin - have fun staying poor